These light box transparencies expose the private interiors of Zahalka’s social milieu, examining the relationships and living situations of the occupants through the small rituals performed within daily life. They draw on the language of documentary photography, genre painting and T.V sitcoms but parody these genres in an ironic and critical manner. ‘Zahalka’s subjects are captured in moments of social interaction, private meditation or daily ritual… The scenes are familiar and open the private domain to public… It is this public examination of the everyday, the tensions, intimacies and desires played out within the home, paradoxically, the absolute normality of the setting, that instills in Zahalka’s images a sense of the uncanny or unhomely – a sense of lurking unease within what appears familiar’ 1 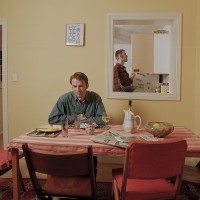 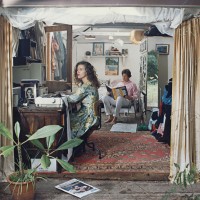 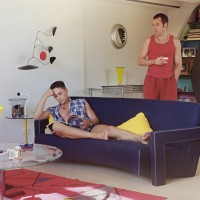 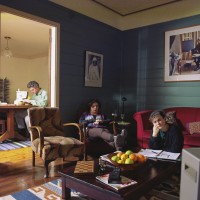 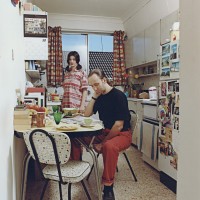 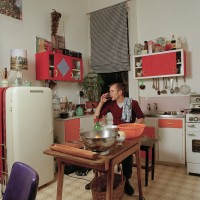 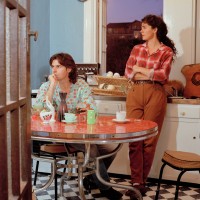 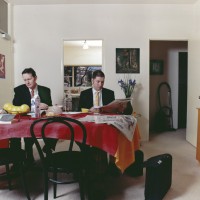 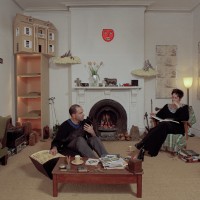 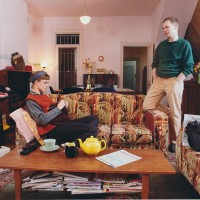