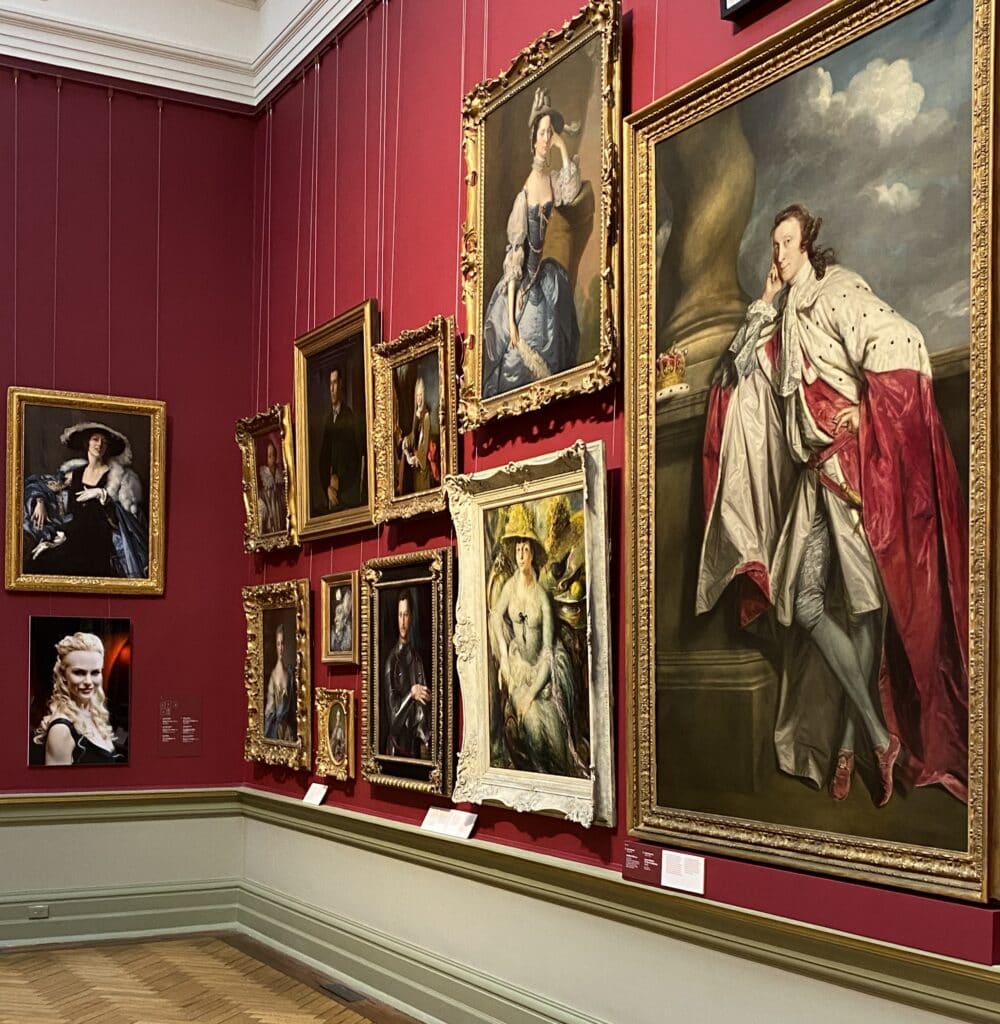 ‘Self-assured, alluring and utterly artificial, Anne Zahalka’s Nicole Kidman casts an eerily familiar gaze at the viewer, hanging in the Grand Courts at AGNSW. Above, George Lambert’s Miss Gladys Neville Collins poses for the artist and for us – a performance at once flamboyant, ethereal and suggestively sensual.

These two portraits delight in blurring the boundary between the real person and their performance. Kidman’s ‘Look’ is so well known that we take it for granted as real, only to realise that it belongs to a wax statue cast for the Madame Tussauds museum in Hollywood. In Lambert’s portrait, the accessories of this modern Melbourne woman – her marvellous blue shawl, elegant feathered hat and eye-catching ring and pendant – are as much the subject of the painting as the sitter herself.

Zahalka’s portrait is part of Grit and Grandeur in the grand courts as part of Archie Plus, curated by Anne Gerard-Austin.’